Pastor: Willie N. Yancey
New Zion is a Bible believing church and would have it no other way!
1

A Brief Bio
Reverend Willie N. Yancey is a native of Oxford, North Carolina, the son of late Mr. Willie G. and Melcina Throckmorton Yancey. He is a member of the St. Matthew Baptist Church of Oxford. He was married to Mrs. Thessie Harris Yancey who preceded him in death and with her they were blessed with three sons Barry, Jeffrey, and Danny, and he is the grandfather of eight children and one great grand. Reverend Yancey is presently married to Mrs. Rosa Majors Yancey whom he has known as a friend from his teenage years.
Rev. Yancey was educated in Granville County public school (Joe Toler High School) of Oxford, North Carolina. He is a graduate of the Shaw Divinity School Extension Seminary of Raleigh, North Carolina. He has received a Bachelor’s Degree in Biblical Studies; and has completed many course like: Christians’ Ethic, Systematic Theology, Homiletics, Church Administration, and Philosophy of Religions.
Rev. Yancey is the former pastor of The Berry Hill Baptist Church of South Boston, Virginia, where he served the community for nine years. He is presently the pastor of The New Zion Missionary Baptist Church of Nathalie, Virginia. He was installed as Pastor in 1989. The church is a member of The Banister Missionary Baptist Association of Halifax, Virginia where he has served as Youth Coordinator of the Banister Youth Division for four years. He had served as one of the instructors of the Banister Religious Institute. Rev. Yancey has been in pastorship for thirty years.
God has blessed Rev. Yancey with many talents. He is gifted with the ability to play several instruments. He writes and composes songs. He is a recording artist of many great songs with his family (known as the Yancey Family  Singer). The group is now called the Yanceys. His greatest love is preaching the gospel of Jesus the Christ, and with his many talents,  he uses them all for the glory of God.
Pastor Itinerary for 2022

God Is With Us 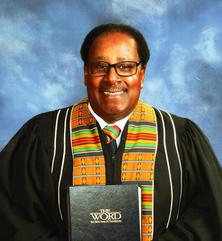 Homes and Families Are in Disarray
Be Blessed by the Word 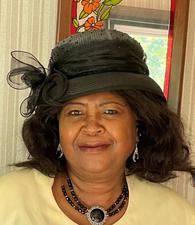